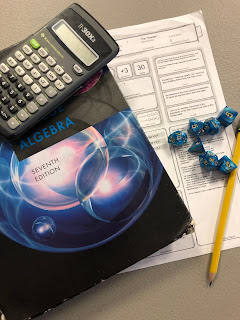 So, I finally did it! I had the opportunity and support to start a D&D club at my Middle School building. Now this isn't a big after-school program or anything. This happens during the school day in our "clubs period" every other Tuesday. Joined by my friend and colleague, Jared Reck (read his books!), I ventured to come up with a club that would introduce our students to this awesome hobby.

The advertisement we put in our middle school clubs catalog looked like this:
D&D is exceptionally inclusive. All you need to join is an imagination. Playing is like creating infinite stories that you and your friends write—and rewrite and re-rewrite—together. You’re all active participants in writing a unique adventure through different, fantastical worlds and scenarios. There is no winner. Instead, the goal is to deepen your understanding of your character by interacting with other players and their shared environment.
Participation in tabletop cooperative role playing games like D&D has been shown to help us develop social skills, prime our brains for interdisciplinary stem learning, and improve our imaginative skills in writing, game design and more. Come join Mr. Walters and Mr. Reck to find out what the big deal is with D&D.
I probably stole a lot of that from various other sources, but that was months ago, and I can't remember all of my sources (help). I know that some came from this article. Apparently our club catalog description worked because we had a lot of kids sign up!

Our mission for the club included the following tenets:

So, the overall plan was this:

Materials: Including Resources for you to steal 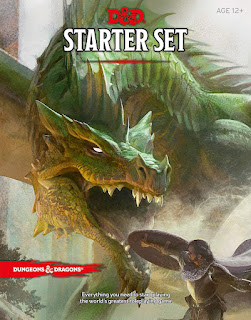 Disclaimer: This is certainly possible to do 100% free - ZERO BUDGET! I didn't do that, though. I spent some of my own money to get some things like physical dice and some copies of the "Starter Set" in order to:So for starters, here's what I bought:

I know. I know. I've stated here numerous times how much I love The Essentials Kit, and it is by-far my favorite. It's the one I tell my students to buy to start their adventures at home, but the Starter Set has the following advantages: 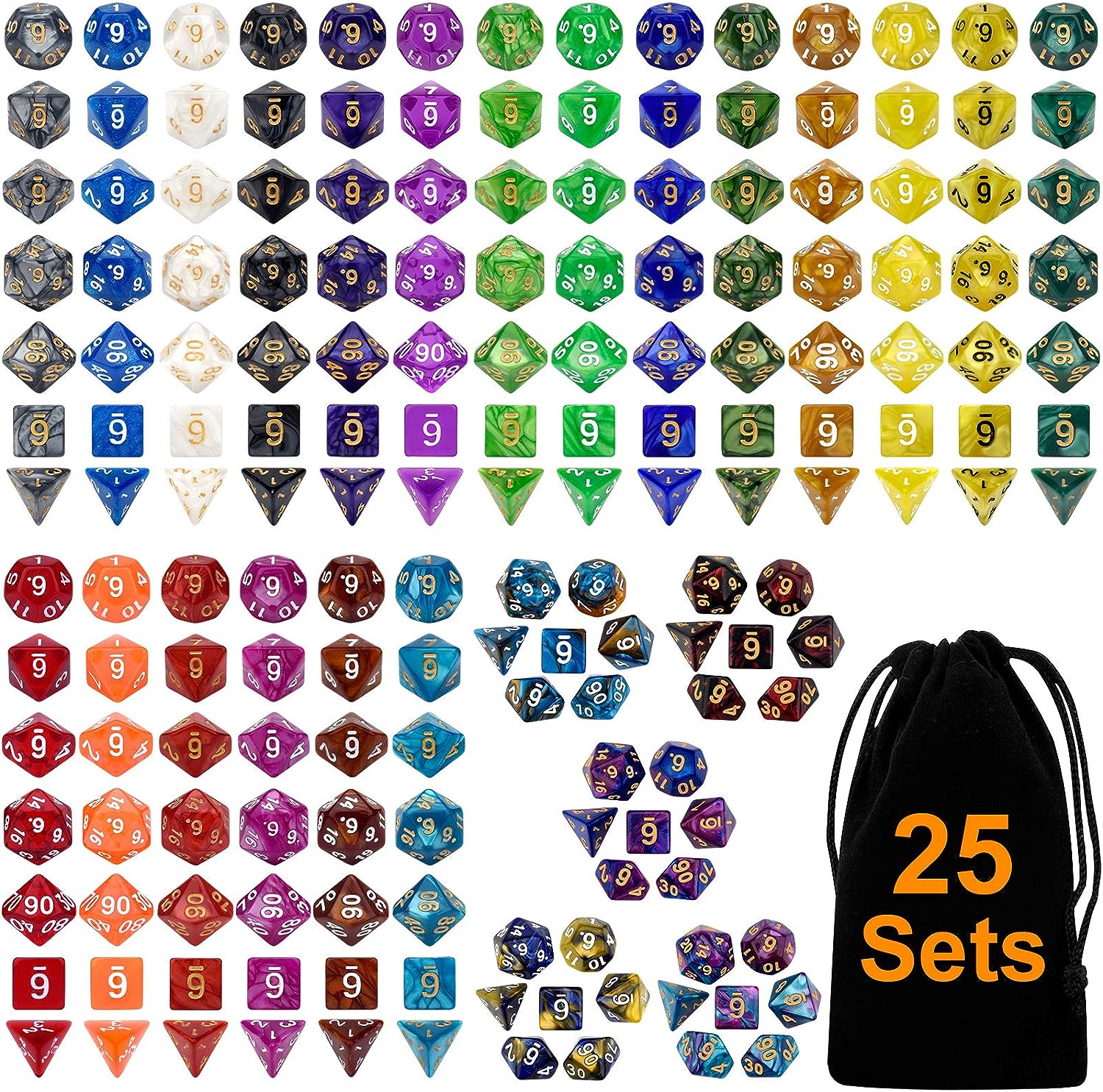 Again, I went to Amazon for this one. I know that I have encouraged you to support your FLGS, and I still do. However, when starting a club at school, it's hard to argue with 25 sets of dice for $26.99.
I also bought some zip-lock sandwich bags at Aldi, which work great to hold each individual set. I placed them in an old K-Cup box, and Voila, instant dice storage and organization!!

As promised, Resources to steal.

So I collected and created a lot of handy resources for this show, some of which are digital (like slide presentations), but most of which are printable. Feel free to steal these and edit for your own needs. Lets spread this fine hobby to students all around. 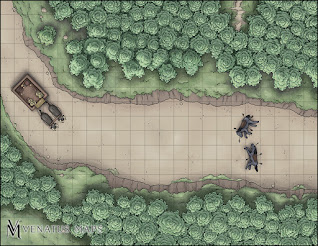 Jared and I were blown away during our first club session with how excited the students were to create a character or learn the craft of Dungeon Mastery. We had enough students to run three tables, each with their own student Dungeon Master. I rotated among the tables helping Dungeon Masters as they got stuck and Jared sat in as a Player Character, Eleryn Stinkhorn, human cleric.
Unfortunately, we only made it into the first scenario before running out of time (more on this situation below). Then we got a new group. Many of our players returned, but our Dungeon Masters did not. Character creation was a much smoother process this time, but Dungeon Mastery wasn't nearly as smooth, causing me to have to step in and teach the DM that he is, in fact, on the players side. As a part of DM training, I give the following advice from Professor DM:
This is great advice, but in club group two, I learned that this advice needs to be tempered with the advice, "read over the darn adventure before you run it and don't come up with gonzo scenarios to kill players while not letting them do anything".

The problem with schedules & the lack thereof...

The biggest struggle we've had in getting this going has been time. I know, time is always a struggle with D&D. In this context, though, we've never actually made it to the playing phase. I know, that's really lame for a club about playing a game. I have to accept some responsibility on the planning side, but the clubs schedule (actually the lack of a schedule) has been a major hurdle.
Our clubs work on trimesters, and we meet on Tuesdays, every other week, opposite social emotional lessons that we call WEB. The base issue is that this is not very much time before we get a whole new group of kids. The real compounding issue is that the school doesn't stick to its own schedule. Clubs are regularly cancelled and replaced with "bonus" WEB meetings, but it's never done the other way around. We never get a "bonus" club day. Please don't misunderstand my stance. I have nothing against social-emotional learning. In fact, that's the main reason we're doing a D&D club (which is a whole other post in itself). Most often, these "bonus" days have little to do with social emotional learning and everything to do with "we need to hand out these papers and have the kids get this other thing done..." If I had my druthers, we would combine clubs and WEB so that our groups are one and the same. Then, we could move fluently between the two activities. I think our D&D group would build a camaraderie that would allow them to be more open when discussing serious topics. 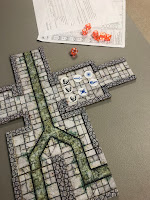 So, our plan this coming trimester is to skip character creation and jump right into play. I plan to provide "pregens", like those made for the Starter Set. We should have a decent number of returning students, and students who are new will be welcome to come see me during our PM homeroom period to get 1-on-1 help rolling up a character.

What do you think?

My goal here was two-fold. One, I wanted to share the resources we came up with to get folks started, and hopefully make the task of starting a club at your school less daunting. Two, I wanted to hear from those of you who already have something like this up and running. What can we do better? What cool tools / techniques have worked for you. Be sure to comment here or hit us up on the twits, as no one says.

Popular posts from this blog

March 16, 2022
This post is a bit of a departure from the normal fare one finds here at DnD 4 The kids... This is more of an artsy-craftsy, "How did he do that?" kind of post. I posted a photo of my table in the Dungeons & Dads group on Facebook two weeks ago, and I had a lot of folks asking where I got my stuff. So, here it is, my best attempt at a how-to post for design artifacts for my Waterdeep Dragon Heist game. Basically, I'm just a guy trying to live the Beadle & Grimm's lifestyle on a Dollar Tree budget.   Stuff I bought So, I do buy stuff. I am on a pretty tight budget, so I can't afford the Beadle & Grimm stuff. If I ever managed to save enough for one of those sets, it would be sold out by the time I had the money. Ultimately, if you have more money than time, Beadle & Grimm is the way to go. There is a lot you can buy from from Amazon or your friendly local game shop for any hardback campaign, though, that doesn't break the bank.  The first ite
Post a Comment
Read more

May 10, 2022
My most read post on this blog thus far has not been about getting kids into D&D but rather how I made my Waterdeep Dragon Heist kit . This was an artsy-craftsy, "How did he do that?" kind of post. It all started when I posted a photo of my table in the Dungeons & Dads group on Facebook. I had a lot of folks asking where I got my stuff. I put forward my best attempt at a how-to post for design artifacts for my Waterdeep Dragon Heist game. I love making stuff for may games, and had a great time putting that post together. At the time, I was just a guy trying to live the Beadle & Grimm's lifestyle on a Dollar Tree budget. I also noted that if my readers had more money than time, Beadle & Grimm was the way to go. It turns out that may or may not be the case. B&G & NFTs Now with talk going around about the Beadle & Grimm's owners jumping on the Blockchain Bandwagon, maybe you want to live the Beadle Grimm Lifestyle without the guilt of su
Post a Comment
Read more

April 15, 2021
So, I'm pretty confident at this point that I can point new Dungeon Masters, particularly those who want to DM for a group of Kids, to a set of videos on Youtube, and have them pretty darn equipped to start running games this weekend.  Seriously, these videos pretty much sum up what I think one needs to know to get a group of kids sucked into a game and rolling dice in pretty short order. If you're getting ready to DM for some kids for the first time, and you have no idea where to start, I'm hoping that you will find this post to be a life saver! Photo by Nika Benedictova on Unsplash  I listen to these videos on my commute (like a podcast). If there's a visual I really need to see, I just revisit the video later. Bear in mind, these videos will help you run the game . You will still need some basic components to get going, but I've got those covered in these posts: The Ultimate Budget Gamemaster! Counting the Cost  ...and if you're online: You down with VTT
Post a Comment
Read more